Today we did a little of everything and cruised all day. So we saw a bunch of this.

Some time between breakfast mid morning snack we checked out the sea water swimming pool. Let’s just say it was very refreshing to get into. Well, parts of me considering it very refreshing. Soon after it was the hot tub to warm up. The weather was very nice, mid eighties, but very windy. Some time later there was a parade on the main promenade. The below is the crowd dispersing afterwards. No photos of the parade but if was every Disney movie character for the last 10 years or so. If you live under a rock and don’t know them, go watch the movies and you’ll get the drift…..no pun intended considering our current….ha, did it again location.

This place is a little like the Burlington Mall on that fir tree holiday. Except a lot warmer, people are wearing beach wear and lots of them are carrying drinks and many are 1/2 tanked, some fully cocked. At the end there was a confetti shower, just for good measure. For a few minutes I was expecting to see the little robots from the Fifth Element coming out and clean up the mess…as this ship is the closest thing to Fhloston Paradise as I’ll ever get.

In order of what we did here’s a few more shots from today. 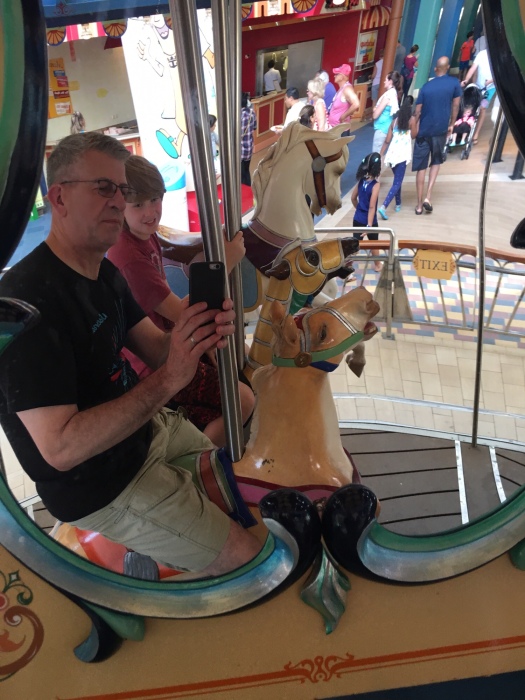 JMan and I took in some horse back riding, but the horses only went around in a circles, and I kept hearing carnival music…..weird. 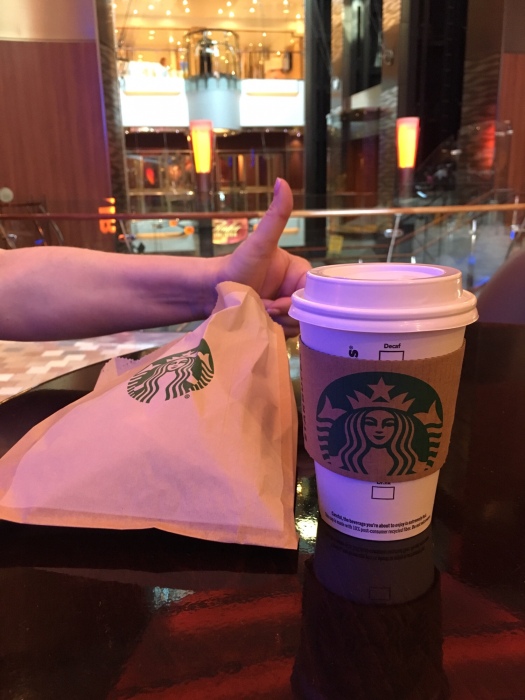 I found a little slice of heaven in the middle of a huge pond. Thumbs up care of Jess.

Making it look good was never this easy.

The boys found the arcade and GMan appears to be going all gangster, or perhaps all Hollywood.

The boys on the walking/running track that I said I was going to use every day. However, eating ice cream is much easier and requires far less effort. Besides, the track is a tad plain….and the ice cream comes in many flavors. 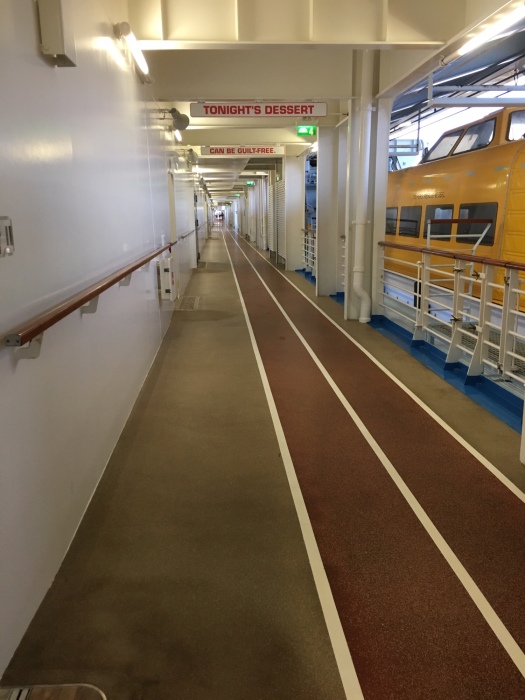 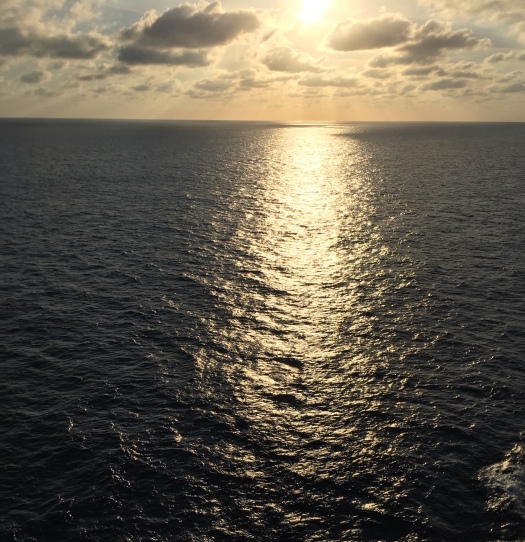 Jess shot this on off the port side, or was it starboard, or aft…should be easy enough to figure out. Here’s a few clues. 5 pm heading to St. Thomas from Nassau Bahamas.

Jess relaxes while the kids are…well somewhere else.

Tonight we ordered room service and ate on our balcony. A good day was had by all. Tomorrow is St. Thomas and some real beach time.