All photos at bottom.

So day 2 was a wash. However, ZgMan and I drove to Lake Saint George Kayak Company in Bolton Landing NY. It’s about an hour from the camp grounds.
My mission was to get Hydroskin top and bottoms for GMan. That part of NY is pretty with lots of quant little towns and many camping areas.

We arrived at the store only to find it locked, but it appeared oped. I picked up a brochure that was sitting next to the door and called the number. A girl pick up and said that they just move into a new store right on the water about one mile away. Two minutes later we were in a very nicely restored boat house turned into a store with a million dollar view.

A few minutes later GMan was on a dressing room and we settled on a good size. Given the current air temp of 43 and I’m guessing a water temp of even lower 40’s I did not want him talking a swim, accidentally or otherwise without an extra layer.

After a great chat with the owners we settled up and were on our way. If you ever get up that way drop in for a browse and stay for the view.

Later that evening I tried out Mountain House Pasta Primavera white GMan had tomato soup. We finished with Backpackers Pantry Hot Apple Cobbler. The pasta was so so, but the cobbler is great. It’s a multi step process, but well worth it.

Before supper we put up a second tarp so our little home away from home is now fully enclosed. It cut down on the wind, driving rain and hopefully we’ll sleep better tonight.

Lights out at 9:45. Here’s hoping for less rain tomorrow.

Ivy our home away from home all tarped up. 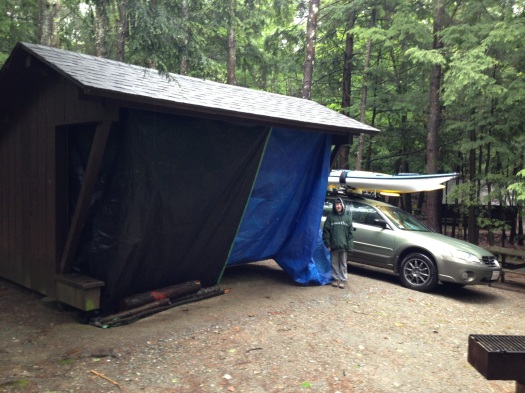 Here’s a trip down memory lane. Picked these up at Shaw’s before we left. It’s the only good thing about that store. 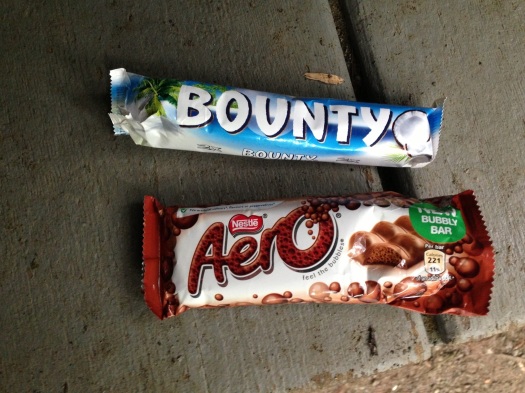 GMan little green friend that came for the ride to the kayak store. However, we placed him/her on a edge of a piece of trim in the changing room and there he remained. We were 1/2 home when we realized. 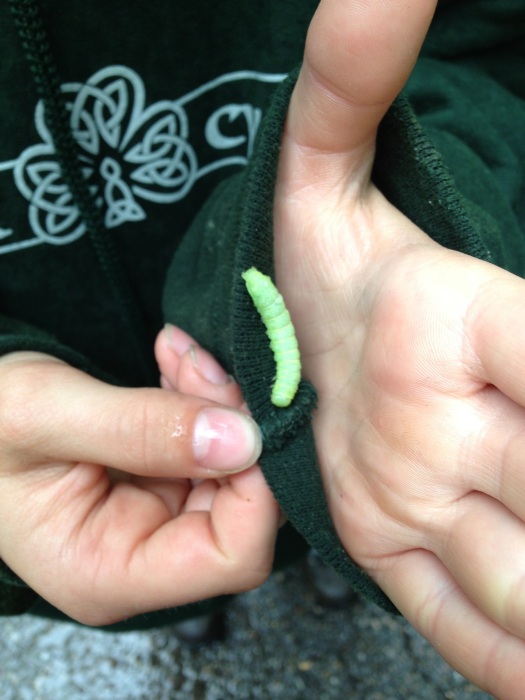 This is not camping, but in the rain any escape will do. By the way B flattened his battery! 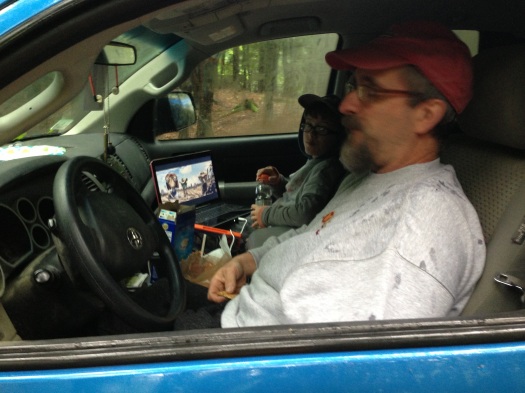 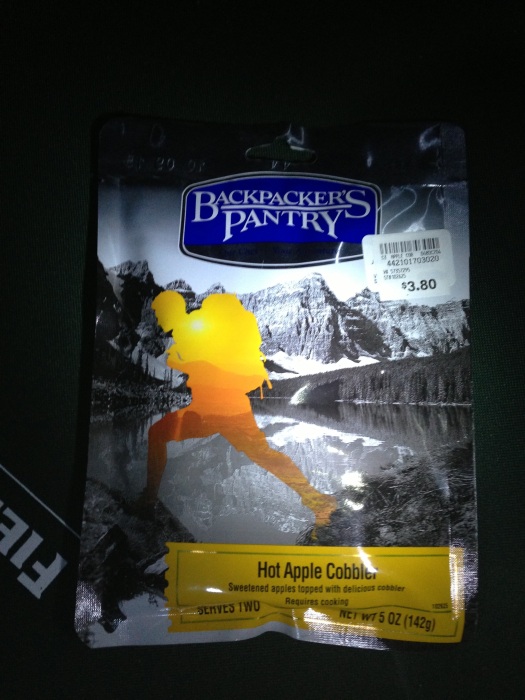