My mom and I headed to Tuam to do some family tree research. We still have relations in the area and we hopefully of uncovering some new information. We took the back road to Tuam which has vastly improved since I was on it before, but still required me to climb the hedge row at 100km when meeting incoming trucks.

We stopped into Leufer's Jewelry store which my ancestors stated back in 1878. Unfortunately the gentleman we wanted to meet passed away but other distant family members were very happy to help out. Not only did I fill in a few gaps but I found a whole other generation. For years we all assumed that Aron Leufer was the first to arrive in Ireland from Germany, but was actually his father Joseph.

Above is the current location and below is the existing.

The above is the original settler Joseph Leufer and other family members headstone.

The story goes all three families came over together from Germany and decided to pick three towns to settle in. The Fallers went to Galway, Wherley's to Sligo and Leufers to Tuam. If my math works that's 139 years ago and all three businesses are still going. All of this make me a little less than 1/32 German with the assumption that all the spouse where full Irish. However since I'm longer stateside at this point I'm a bit of a mutt!

The story of when my mom picked out her engagement ring at Leufer's in 1959 is worth telling. My mom, dad (Jimmy) and his sister traveled to Tuam as you would always want to leave money in your own family where possible, when buying big ticket items. As Tuam was the closet store and Jimmy was familiar with the town from traveling to the cattle mart with his father it was an obvious choice. Upon arriving one of the shop assistant was dispatched by Joseph to help. Mom picked out a ring and Jimmy had a side bar conversation with the assistant over the price. Jimmy then asked mom to pick another ring from a second (less expensive) tray, the process occurred three times then the assistant informed Jimmy that mom had picked the same ring three times as the assistant had moved it from tray to tray while swapping the trays! Apparently neither mom or Jimmy copped it. He offered Jimmy a good discount as they were related to the owner and the deal was made. The ring cost 120 pound (old Irish money) in 1959, which was quite the small fortune.

Get up to Dublin and get a job. Last minute road trip to Dublin….driving time 1.25 hours. That's about 2 hours faster than when I left in 1986. Yes, the Irish roads have improved dramatically. We did the Hop On Hop Off bus tour and let's just say if this was stateside the driver would have lost his job before the second stop. Needless to say after 34 stops we were all in stitches.

Very modern architecture on and over the Liffey. 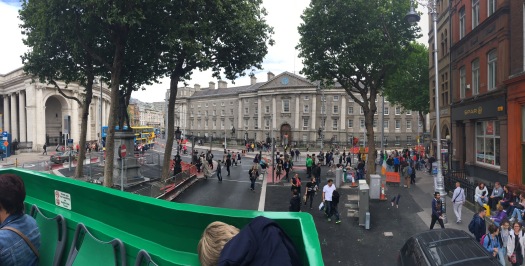 Selfie with a teenager. 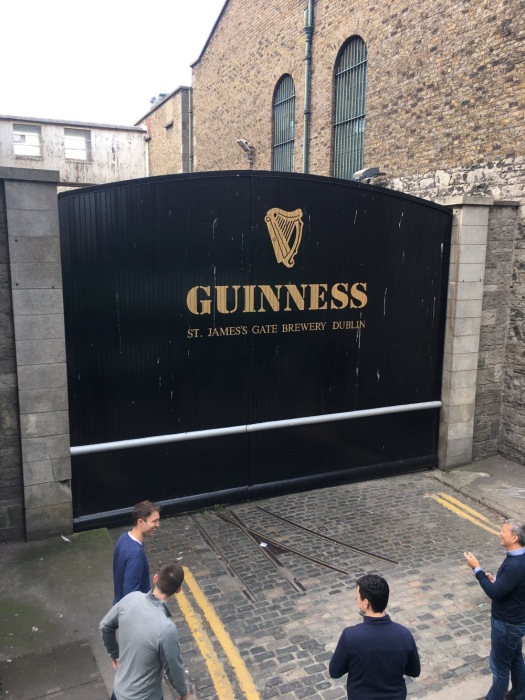 The above two don't need a title. 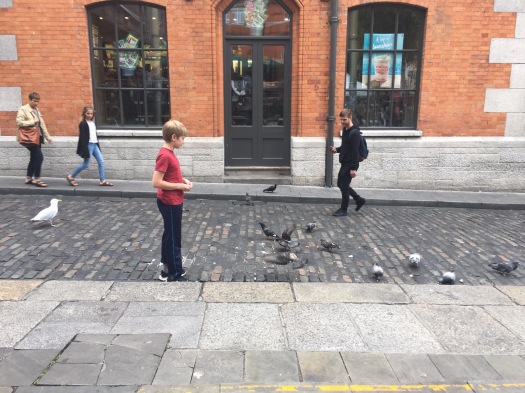 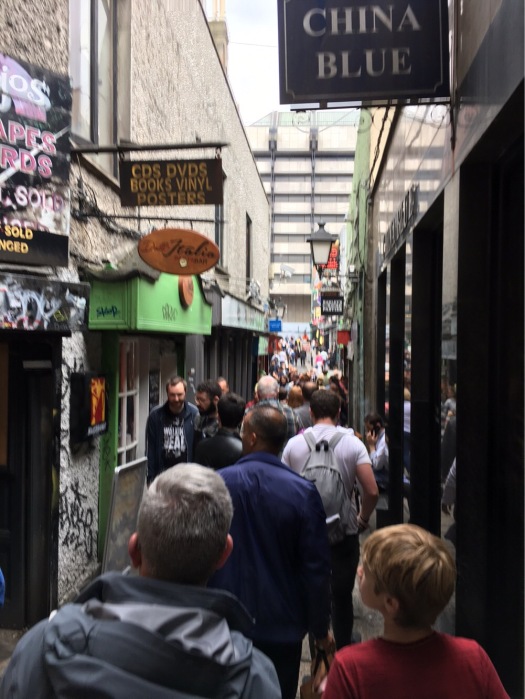 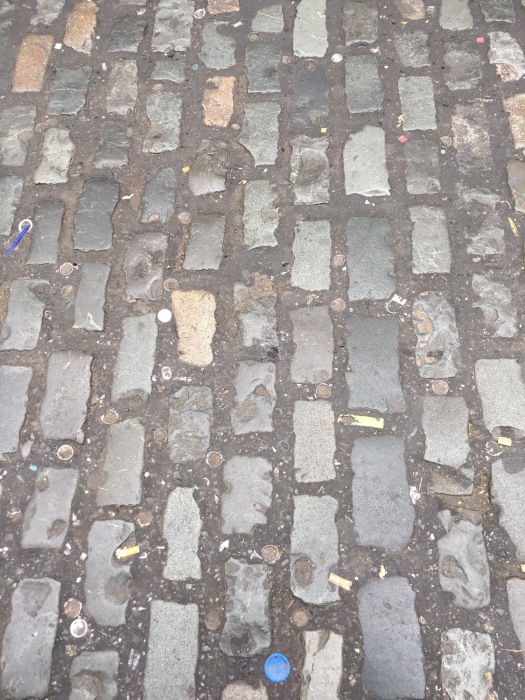 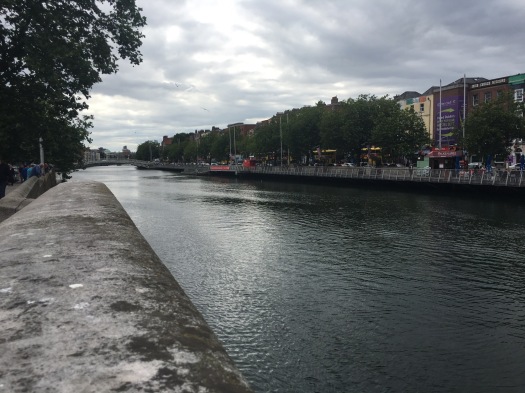 Last time I saw the Liffey is was luminous green. It's looking pretty good these days.

Quite moment in Easons comic section.