New England snow is good for a few things.

1. Snowball fights
2. Making snowmen
3. Making your local mountain into a giant Slushy!
4. Practicing spinning (on your board)

We decided to lay low today and play with the snow rather that on it. GMan and I practiced spinning in place while on our boards. I managed several clean 180’s with a little effort, either rotating on my back foot or jumping and spinning mid air.

Kutos to anyone who can do 5 in a row without falling down or getting a heart attack. Trust me….it’s work. Given I never tried before I was very happy with my results.

GMan on the other hand landed a few 240’s without bailing out, both spinning and in mid air. I’m not going to do the age/weight difference ratio between us but needless to say its a lot.

After we sufficiently wore ourselves out it was time to head to the front yard for some #1 & 2. A couple a minutes of mayhem later we decided to move onto #2. The boys started rolling up some giant snowballs and I started building things. With my architectural degree one might think that a interesting form or geometric space might appear but I stuck with the theme of the day “fun” and we produced the following elements. 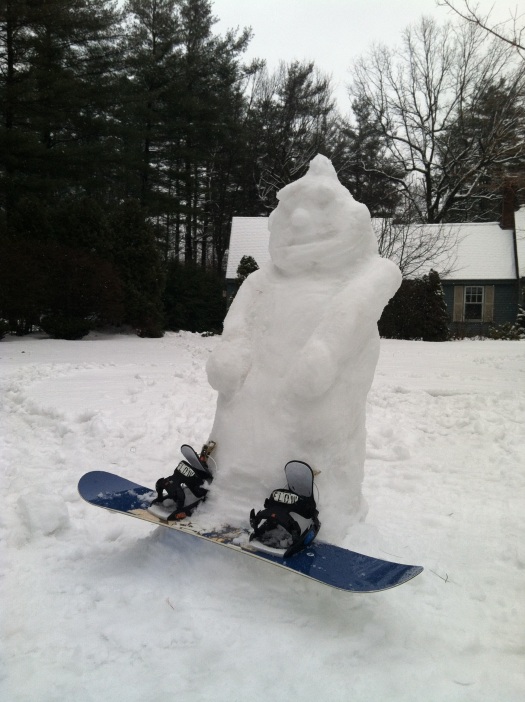 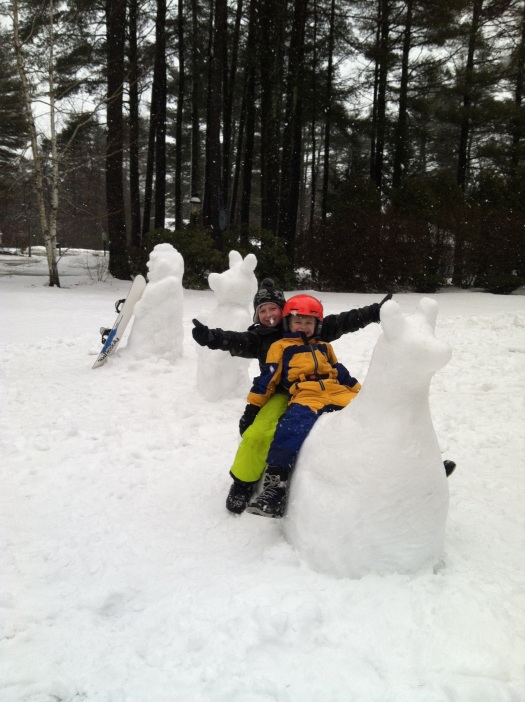 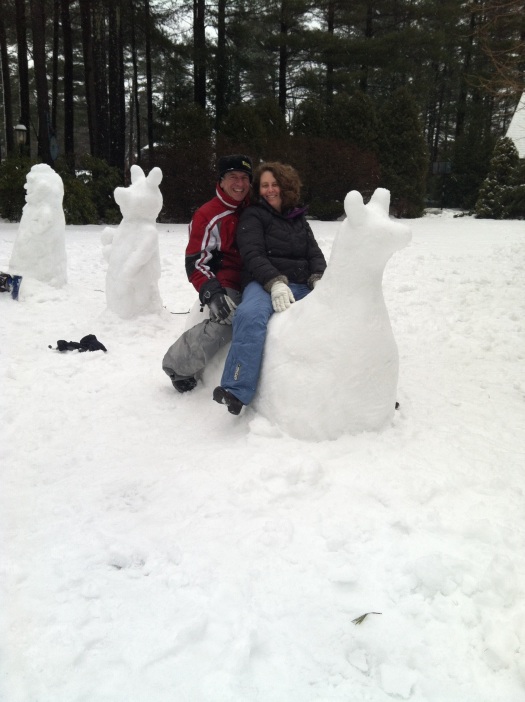