After our hike around Paddlefest GMan wanted to stop at Keys Pancake House. We spotted it on the way into town the night before. Mind you in the parking lot he said the he did not want pancakes! I reckoned they had a fun menu so we ventured in. 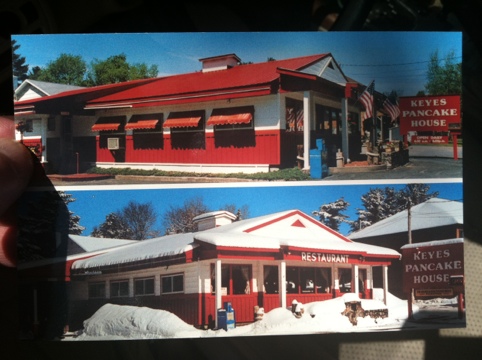 It was a wait to be seated place so it was lookin up so far. We were seated and almost immediately a waitress appeared and said “two coffees?”. Mind you I look old enough for a cup of joe but clearly the GMan is a little young. I know we are way west on rt90 but coffee for a nine year old is not on my books. Perhaps they start younger round here I thought and promptly ordered two waters. After the delightfully bad cup I had early I figured I’d last until SB’s on rt90 for a fit.

The other key pointer to our current location was everyone was in Harley Davison garb but the parking lot was full of oversized domestic pick-ups. Also when I ordered a broccoli and cheese omelet there was no mention of what cheese or no question of choice! Perhaps it will be a cow by-product, time will till.

Twenty minutes or so later our food appeared and I’m happy to say it not only looked good, but tasted good also. BTW I believe it was cheddar cheese, but can’t be certain!

Shots from the parking lot. 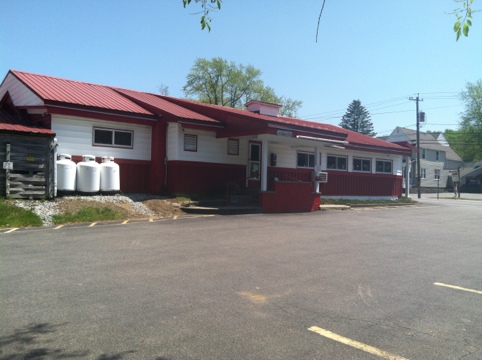 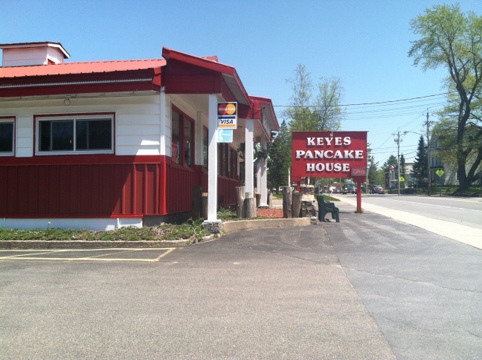