Last night was our first ski/boarding session for GMans school. This year as always I’m heading to Wachusett Mountain early to save some tables. However, as this is GMans last year I’m also bringing JMan. 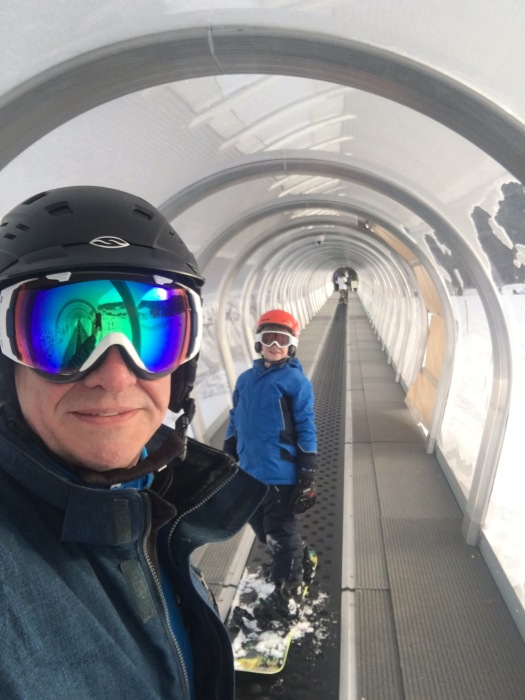 It was magic carpet time for several runs but JMan moved up to the chairlift as the evening and his conference progressed.

GMan on the other hand was off ripping black diamonds with his classmates. I think I saw him twice the whole evening. It’s a teenager thing…..being there, done that, have lots of tee shirts to prove it.

The iPod glow! Here’s JMan waiting for his group lesson.

After his lesson we had dinner….well 1st dinner. About a hour and a half later JMan announced he wanted a second dinner! Then it was back out for a few more runs. I did make the top a few times thanks to the other school parents hanging out in the lodge. 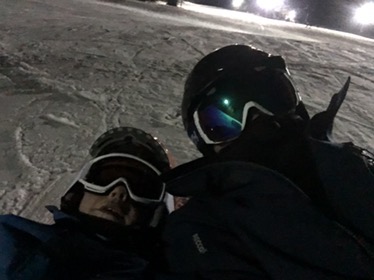 JMan an I taking a little rest on Hitchcock.

One thing I noticed……it’s really hard to snowboard slow! Like hiking, where all should walk as fast as the slowest hiker, I both wanted to hang with JMan so I could give him pointers ,encourage him and stay upright while moving at a glacial place, not to mention avoiding the novice skiers/boarders…….it’s more of a workout than going flat out!

However, like I did with his big brother, there’s are cherished moments and won’t be forgotten.

Have fun, board or ski safe and if your my age keep all flat surfaces attached to feet on the ground at all time.

Thou shalt not let air between thine board and that white surface upon which you glide…..